YOU KNOW THE SONG. NOW BE PART OF THE STORY.
ONE MAN LED A MOVEMENT THAT CHANGED THE WORLD

“You may chose to look the other way but you can never say you did not know.” William Wilberforce 1789

These producers are passionate about this story

“Amazing Grace is based on the true story of William Wilberforce, a British statesman and reformer from the early part of the 19th century. This feature film chronicles his            extraordinary contributions to the world, primarily his 20-year fight to abolish the                    British slave trade, which he won in 1807. Wilberforce was also instrumental in passing              legislation to abolish slavery in the British colonies, a victory he won just three days                   before his death in 1833………..Wilberforce’s story as an inspiration and an  exhortation. It examines the supremely human virtue of conscience put into practice on others’ behalf”

This Movie will leave you JUMPING with joy, applauding with the Parliament in the last scene, crying with the  abolitionists who saw victory after 20 LONG years of fighting the system. Then the Pipes….Ohhhhh

I have watched this movie over and over especially when I need the gumption to fight for what is right…..the price paid for doing God’s will and what is right for mankind.

I admire the way the producers HIGHLIGHTED Wilberforce’s relationship with God whole scenes dedicated to his Call and Divine Purpose , there was no watering down of the gospel or God’s divine purpose for his life. Amazing.

The song is highlighted and juxtaposed with the hypocrisy and extravagance of Britain in the late 1700’s….masterfully done, scenes from Bath and more…..a historian’s feast.

An absolute feast of moral fibre and spiritual teaching, apart from what has been stated before, you will find  plenty you and your children will absorb and gain from this masterpiece.

Wilberforce marries a woman he admires and has same beliefs. they have no illicit relations at all (very refreshing), she is his stabilty and anchor in the later years.

Apart from just a inspirational feast, parents and teachers can downlaod and use guides that walk you through the film and challenge viewers to think through issues regarding slavery, social responsibility and social injustice.

You will find these guides on the Official Amazing Grace Website (plus much more, including blurbs about the “real” people that were portrayed in the movie)

There is also Historical value, clear insight into British Parliament, corruption and social norms of the era. Dress and lifestyle very clearly researched and depicted.

Some scenes describing slaves and their treatment are vivid (merely depicting the reality) but may disturb the very young.

Wilberforce in describing his newfound relationship to God with his Man-Servant states “Here I am with dozens of matters of state……..and all I can do is sit on my *rse and contemplate the wonders of Spiderwebs…….” This is a relatively “normal” colloqualism in the era, not done for shockvalue rather to show normality.

Also women being raped and beaten, and other mistreatments are mentioned (not depicted)

If you want to know the story behind the song this is the movie to show it. Combined with books and studies it could be a powerful addition to your library.

Upgrade: 10 Secrets to the Best Education for Your Child

Drawn Into the Heart of Reading

Our Sunburnt Country by Arthur Baillie 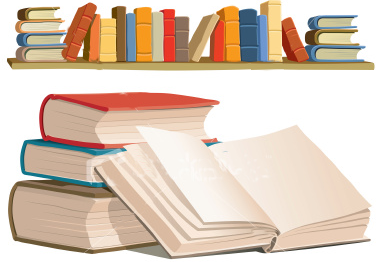 How to Write a Review