Boys have a need to be respected, but sometimes this need can be communicated in some strange ways. And because boys can gravitate toward such strange forms of communicating their boyhood, they may come to think that manners are for sissies.

A very easy mistake for boys to make is that of thinking that masculinity consists of being rudely tough, or gross, or both. A ten-year-old boy can readily think that masculinity is displayed whenever he can make all the girls in his class go eewwwww. This is of course not the case, but we still have to qualify what we are saying.
There is a fine line here because there is a type of boy who is effeminate, and displays that effeminacy through being a “well-mannered” and mousy little boy. This arouses the disgust of the surrounding boys who, in a frenzy of metaphor-mixing, proceed to throw out the well-mannered baby with the mousy bathwater.
In addition, those adults who care the most about “manners” often do not understand masculinity either, and so they cannot help boys to make the distinction which they themselves blur. This means that a boy will view all attempts to “teach him manners” as simply an effort by the adult world to make him craven, which he does not want to do. He knows intuitively that a well-mannered boy is not a boy who acts like his sister.
Put another way, manners for boys should be a means of discipling and directing strength, and not a means of denying it. This means that boys need to be taught that manners are a means of showing and receiving honor. Honor is a concept which boys instinctively understand and love, but they still have to be taught to direct it with wisdom. Honor, in its turn, cannot be understood apart from authority and obedience.
As with so many of these things, there is an “intangible” element here. There is an authority which badgers a boy into resentment, and there is an authority which liberates him. A boy might seethe over a mildly cutting remark from his older sister about his dishwasher loading habits, and then the next moment be daydreaming about a drill instructor screaming in his face from a range of about two inches. When men get to telling stories to one another, boot camp stories are frequently in the mix. They never tell stories about the time their older sister bossed them around the kitchen.
Boys thrive under authority and are not threatened by it. At the same time, the authority must be of the kind which understands masculinity and nurtures it by hammering it. One of the “hammers” should be a short and thorough course in manners.
The heart of masculinity involves the willing assumption of an appropriately assigned responsibility. Manners for boys should be in line with this, and not contradict it. Manners for men should therefore point to or illustrate their distinctive responsibilities, and boys should be in training for this. One of the things we do in our household is that we have the men stand around the dinner table until the ladies are all seated. When my two-year-old grandson is over, this includes him. When he is grown, he needs to have learned, years before his earliest memory, that men have constant responsibilities and duties with regard to women.
Boys should not be allowed to think that manners are something which women impose on men. If they do come to think this, then they will start to react like Huck Finn chafing under the constraints of civilization. Rather, they should see manners as something which men teach boys to do, for the sake of honoring and protecting women, and for the sake of living graciously with them.
With this as a backdrop, let me offer a few particulars. A priority should be placed on those manners and customs which place a distinction between men and women. In this class we should put men seating women at the dinner table, opening and holding doors, e.g. standing when a women enters the room, walking on the sidewalk between a woman and the traffic, and so forth.
In a second class would be manners which discipline a young man to think of the comfort and possessions of others-not tipping back in chairs, not putting feet on the coffee table, and not bouncing the basketball next to the china hutch.
A third category would be in the realm of personal presentation: not dressing like a slob, not bolting food, not wearing a baseball cap indoors, etc. In this last category, a boy is being taught, among other things, to present himself as trustworthy in all the categories.
Fundamentally, all these manners are a way of showing honor to others in areas which are not of cosmic importance. At the same time, because they are acts of love, even if they are love in trifles, God considers them important.
Such manners are places where boys are taught to mute their natural energy. Another set of manners are necessary where boys are taught to release that energy. These channels in which aggressiveness can flow should be well-defined and established. We see here the benefits of organized sports and military training. But even on the playing field, “manners” are still important.
When aggressiveness overflows the banks, or when there are no banks, then we have a major problem. And when there is no need for a restraining bank, then things are a lot quieter. But we still have a major problem.
Copyright © 2007 Credenda/Agenda. All rights reserved. 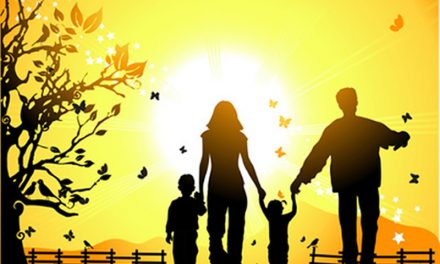 You Are You Leaving a Legacy