As much as it may distress us, our boys are future men.

I was once leading a seminar for teachers at our Christian school and, in the course of discussion, I mentioned that many of the girls in the school would, within a few short years, be adult women and would take their place in our midst. The teachers heard all this with aplomb, but when I went on to say that within a few short years the boys they were instructing would be lawyers, airline pilots, pastors, etc. the looks on the faces of the assembled teachers ranged from concern to mild panic. Boys take a lot of faith.

This is good because the presence or absence of faith reveals whether or not we have a biblical doctrine of our future. Unbelief is always anchored to the present, while faith looks at that which is unseen. But even here we only get half the picture. Too often we think that faith only looks at unseen heavenly things, but this truncated approach is really the result of an incipient gnosticism. In the Bible, faith includes the ability to see that which is unseen because it is still future. According to the text, Abraham rejoiced to see the day of Christ, not the day when he, Abraham, would go to heaven. Faith conquers kingdoms, faith stops the mouths of lions, faith turns armies to flight, and faith brings boys up to a mature and godly masculinity.

But another qualification must be added. The faith exhibited by wise parents of boys is the faith of a farmer, or a sculptor, or anyone else engaged in the work of shaping unfolding possibilities. It is not the faith of someone waiting around for lightning to strike; it is the faith of someone who looks at the present and sees what it will become—through grace and good works.
Countless examples may be multiplied from any given day in the life of a small boy. Say a boy breaks a chair because he was jumping on it from the bunk bed. Unbelief sees the cost of replacing the chair. Faith sees aggressiveness and courage, both of which obviously need to be channeled and disciplined. Suppose a boy gets into a fight protecting his sister. Unbelief sees the lack of wisdom that created a situation that could have been easily avoided; faith sees an immature masculinity that is starting to assume the burden of manhood.

Unbelief squashes; faith teaches. Faith takes a boy aside, and says that this part of what you did was good, while that other part of what you did got in the way. “This is how to do it better next time.”
This issue of fighting provides a good example of how necessary such distinctions are. Of course parents do not want to encourage fighting in their sons. But this is not the only item on the menu. Neither do they want to encourage abdication and cowardice. There are times when men have to fight. It follows that there will be times when boys have to learn how to fight, how to walk away, how to turn the other cheek, when to turn the other cheek, and when to put them up. If boys don’t learn, men won’t know. And boys will not learn unless their fathers teach.

When Theodore Roosevelt was at Harvard, he taught Sunday School for a time at Christ Church, until he was dismissed. A boy showed up one Sunday with a black eye. He admitted he had been fighting, and on a Sunday too. He told the future President that a bigger boy had been pinching his sister, and so he fought him. TR told him that he had done perfectly right and gave him a dollar. The vestrymen thought this was a bit much, and so they let their exuberant Sunday school teacher go.

Unbelief cannot look past the surface. If there was any sin involved, unbelief sees only the sin. Faith sees what was turned aside to the service of sin and seeks to turn it back again. Sin is parasitic and cannot function without some good attributes that it seeks to corrupt. Consequently, faith must distinguish that which must be preserved and developed and that which must be abandoned as sin.

In addition, faith also sees the godliness in what many pietists have come to call sin. At the beginning of his life, a boy does not know what century he was born in, and consequently exhibits to many of his politically correct and aghast elders some of the same traits exhibited by the boyhood chums of Sennacherib and Charlemagne. He doesn’t know any better—yet. But in our day, many of these created masculine traits are drilled out of him by the time he is ten. Faith resists this ungodly process, and defines sin by the Scriptures, and not by pietist traditions.

So faith is central in bringing up boys, but it is important to remember that the faith is not faith in the boy. It is faith in God, faith in His promises, faith in His wisdom. Faith concerns the boy, and the boy can see that it concerns him. Parents are to believe God for their sons, which is a very different thing than believing their sons.

Faith is not wishful thinking; faith apprehends the promises of God found in Scripture. “The children of thy servants shall continue, and their seed shall be established before thee” (Ps. 102:28). Faith sees a son as established, and the work of faith goes on to establish him. Faith is the assurance of things hoped for, the evidence of things not seen.

God is the One who places a particular boy in a particular home. And He does so in order that those parents who believe and obey Him might come to delight in a wise son. “My son, if thine heart be wise, my heart shall rejoice, even mine. Yea, my reins shall rejoice, when thy lips speak right things” (Prov. 23:15-16). 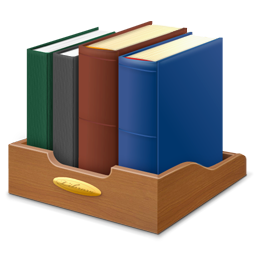 In Search of the Perfect Curriculum 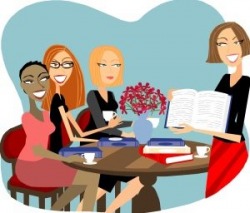 QOTW: What is homeschooling?