Seems many of us are struggling
with the tension between cracking the books with our kids and making time
for the laid-back days of childhood. I heard from a record number of
readers who appreciated the sentiment of last week's article. But I got a
lot of questions, too. Here are my comments to a couple of them.

Question: How do we strike a balance (assuming there is one)
between "carefree" and "not making any progress"? My
fourth-grader has never even seen a multiplication problem. (Too much
changing of curriculum on my part) I'm quite burned out on planning my own
curriculum, but this kid's curiosity and love for learning would be
crushed under a stack of textbooks or paces. He LOVES to read!

Answer: As per your guilt: That's definitely a tension I feel as
well. I think it is a matter of balance. I do try to have math on a
consistent basis during elementary grades — but on average it is often
only three times a week. We were involved with Math Olympiad and Math
Count competition, which my kids loved and still mention as a key reason
they've scored well on their college boards in math. We also used a very
inexpensive but powerful little series called Figure It Out
(available from pahomeschoolers.com) to learn how to solve multi-step word
problems strategically.

On the other hand: I've found it is never too late to recover lost ground.
My daughter Kristen is only now doing math in a consistent way and she is
in seventh grade. (Probably because she is my youngest, I was even more
laid-back with her.) I'm very surprised with how quickly she is mastering
the material and moving ahead. We are using Saxon 76. Seems like
she was mature enough to apply herself. My daughter Kayte never learned
parts of speech until she took high school-level French and Latin. She was
perturbed with me for not presenting this to her earlier, but she still
was able to get the basics mastered in the matter of one weekend.

That your son loves to read is really the foundation to build upon. Most
of what my kids have learned in school, I believe, has come from 1) our
informal conversations throughout the day and 2) what they have chosen to
read independently. Having good books on hand, making time for reading,
and talking together about what we are reading is all we parents really
need to do, often.

Question: I've read parts of your book and remember feeling
somewhat "overwhelmed" by what I would call ambitious sample
objectives — I believe for third grade – and now wonder how in the world
you completed those objectives and still had "leisurely mornings;
frequent field trips," etc. Perhaps you could comment more on that.
Thanks.

Answer: First, what I did with my first-born sons in third grade is
more than I ever did with my subsequent children! I admit to being an
overzealous mom in the early days. But I think that is pretty typical. As
I found myself juggling "academic" responsibilities with Kayte
and Kristen as well, my objectives for each of my kids relaxed.

But a couple of points: First, here in Pennsylvania, we have to keep a
record of our school days. Even though that requirement is a pain, and I'd
love to be free of it, it never ceases to amaze me how much we actually
accomplished in the course of the year once I sit down to type everything
up. It's a lot more than I would think. I bet you'd be surprised as well
if you actually made a list of what you did over the course of a year.
Second, if you would look at those objectives again on pp. 139-147, you
would see I've used "educationalese" to really dress-up the
informal, but legitimate, learning that took place in our home. Most of
what I chronicled for that school year were projects and areas of inquiry
that Mike and Gabe initiated on their own. I just wrote down what they
chose to do. Nowhere do I state that we "completed" any of the
texts we used – we often didn't (though they do now for high school
courses); and nowhere do I state "this is stuff we did every single
day," because that isn't true either.

Mike and Gabe were reading independently by the end of kindergarten. (My
other kids did not, because, again, I wasn't holding up flash cards with
them at age 3 either.) This is the key reason they acquired a lot of
background knowledge during their early years. Most of their days began
with a couple hours of play in the basement. They loved puppets,
make-believe and Legos. Most afternoons they would read in their rooms for
a couple of hours. Once or twice a week we got together with other
home-school families for unit studies. We went to the library at least
once a week, and we probably had three or more field trips a month. We
live in southcentral Pennsylvania, within driving distance of
Philadelphia, the state capital, Baltimore, D.C., Gettysburg and New York
City. So even 12 years later, we still haven't exhausted all the
historical and cultural sites easily available to us.

We didn't have a television, or a VCR, till they were older. And we didn't
have cable till they were teens (an issue that has been debated frequently
among family members, but it manages to remain nevertheless.) We've never
had Nintendo or other similar time-wasters in our home.

For the most part, our children have grown up in an environment that
supports independent learning without frivolous and mind-numbing
activities distracting them. I think that is a key to taking a more
laid-back approach – we need to cultivate an environment that facilitates
self-initiated learning.

More on setting up that environment next time, as well as how to take a
laid-back approach when our children are late readers.

In His Sovereign Grace,

Fortifying the Faith of Our Children 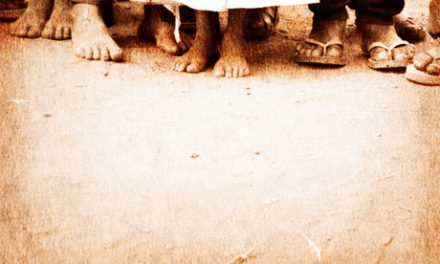 Honoring Teens who Don't Deserve It